Agent Darryl reporting in with special mission debrief codenamed: “Marvel, 75 Years: From Pulp to Pop!” which aired while “Marvel’s Agents of S.H.I.E.L.D.” went dark for a week. Enjoy!

Well, to start with, although it’s not really the fault of Marvel or Disney or maybe even ABC, it was quickly apparent why this special aired on November 4th thanks to the intermittent Election Day coverage through the show’s broadcast. Well, at least it’s not cutting into my regularly scheduled “Agents,” but since it didn’t air here in Canada (just like the “Agent Carter” and “Avengers: Age of Ultron” promos just last week and the “Marvel Studios: Assembling A Universe” special late last season), the only chance to watch it was on a U.S. TV station that had no qualms about frustrating the living hell out of this fan-boy turned Agent by pre-empting the show for some silly little thing like the democratic process. We’ve got a super-hero special on here, people! C’mon! Let’s prioritize!

Anyway . . . hosted by Emily Van Camp, who played Agent 13 in “Captain America: The Winter Soldier,” as she strolls around the set for the “Playground” on “Agents of S.H.I.E.L.D.” (and at one point, featuring juuuuust the tiniest little peek at what looks to be a fully restored “Lola”), we’re treated to an (all-too) brief recap of Marvel’s history from it’s humble beginnings in 1939 and sharp decline in sales and quality after the second World War to it’s revival in the early 60s, sales successes of the 80s and eventual bankruptcy due to gross mismanagement through the mid-nineties to early-2000s before the long shot gamble of founding “Marvel Studios” in 2006 and the blockbuster multi-billion dollar success story that has resulted and continues to surprise with every movie released since. With even more groundbreaking films just announced and currently in production!

The special features a slew of guest interviewees ranging from many of the comic creator legends themselves such as Steve Englehart and Jim Starlin, to family members of late legends such as Jack Kirby and more recent creators like Fabian Nicieza Todd MacFarlane (perhaps yet another sign that a rumoured Spider-Man appearance in the MCU could at some point be happening!) and Brain Michael Bendis to actors Clark (“Director Phil Coulson”) Gregg and Patton (“Agents Eric and Billy Keonig”) Oswalt. These personalities bring a lot to the special with an inside view of the workings of both Marvel’s comics and film and television divisions, as do segments including former and current Editors-in-Chief Jim Shooter, Joe Quesada and Axel Alonso. Other segments with Kevin Smith (who is misleadingly credited as “Director/Writer of ‘Daredevil’”), Seth (“Howard the Duck”) Green and Jimmy Kimmel contribute their thoughts as fans, both as children and adults, enjoying Marvel’s new golden age.

Although the special did naturally put forth Marvel’s greatest triumphs over the years, I was also impressed that they didn’t shy away from the dark days of the 50s and the 90s and the near dissolution of the Marvel brand during both those periods. However, despite this seeming forthrightness, though, a large number of details surrounding those periods were glossed over, in fact, my biggest disappointment overall was the sheer number of years that were skipped over throughout Marvel’s history, both good and bad.

But that’s the past, I suppose, and what’s done is done. Like so many fans, what we really tuned in for is a glimpse into the future and Marvel doesn’t disappoint there. Although lacking in details, there was a brief tease for the upcoming Mother Of All Marvel Comics Events “Secret Wars,” before some early footage of “Ant-Man,” “Avengers: Age of Ultron,” the Netflix “Defenders” series and the upcoming Guardians of the Galaxy animated cartoon and then a special extended sneak peek at a scene of “Agent Carter” was shown, which reunites Peggy Carter and Howard Stark for the first time since “Captain America: The First Avenger” before introducing Edwin Jarvis, Stark’s butler and Peggy’s (soon to be) partner in fighting crime.

Overall, a good way to catch a breath from the non-stop thrills we’ve been enjoying this season on “Marvel’s Agents of S.H.I.E.L.D.” and get at least a little backstory on where all these characters came from. Hopefully, it will air at some time here in Canada without annoying election coverage interrupting it, but if not, like the “Marvel Studios: Assembling A Universe” special last season, expect this to show up as a bonus feature on the MAOS: Season 2 DVD and Blu-ray when it’s released next year. 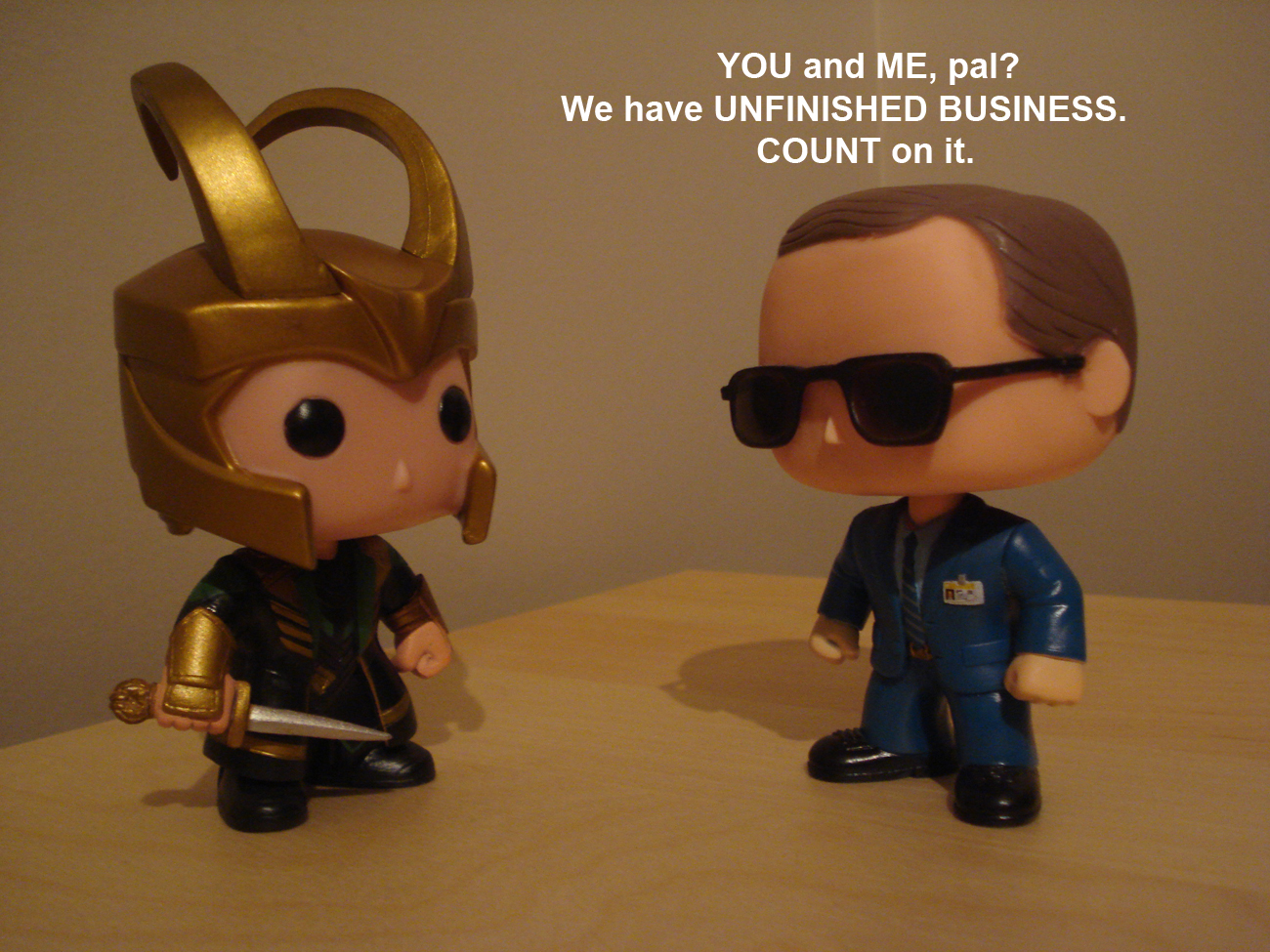