Comic Book Series review: “The Dark Tower – The Drawing of the Three: The Prisoner”

I take my station as a We Got The Geek contributor with the greatest honour and respect. After all, what I say here will be read and considered by many others (at least, I hope!) and although any primate can clack a few sentences out in this instant, press-button, emoji generating, mobile device, webbernets era, it’s important to convey an honest critical opinion about whether the products released deserve our attention or not and that’s why I hope I’ll have yours, Dear Reader.

Although my own attention is usually devoted to Marvel comics and related products, I’ve been known to enjoy the occasional foray into independent comics from time to time, as well. I also have a love of all things spooky and horror-themed, so it’s a true joy when all my passions come together perfectly.

In this case, it’s not just the works of Stephen King set to comic book form. No, I’ve enjoyed King in the four-colour world of comics since first reading “Creepshow” in the dim, dark recesses of childhood past. So what could set my dark soul alight with such glee? Nothing greater than King’s Magnum Opus, his “Great Work,” could hold me so transfixed, but the story of the Dark Tower has been told in comics before. Told and told and told and truth be told? In the end it sort of just died much like in the lines of the T.S. Eliot poem it borrows so much of it’s imagery from: not with a bang, but with a whimper. Really.

When Marvel first announced a Dark Tower comic series back in . . . what was it? 2005? 2006? I flipped! The novel series had just recently wrapped up the tale of Roland Deschain of Gilead and his ka-tet and I like so many others still hungered for more. Particularly more of Roland’s mysterious past which, sad to say, had not really been touched on much beyond what was shown in the fourth Dark Tower novel, “Wizard and Glass.” Instead, the story ran a breakneck pace through multiple worlds towards it’s ending rather than doing much exploration of the past . . . at least not Roland’s past anyway (*cough**FatherCallahan**cough**cough**I’mlookingatyou**cough**cough*).

Marvel’s comic series though, then proceeded to, almost painfully at times, slowly fill in all the details of Roland’s past, mostly using tidbits and odds ‘n ends dropped here and there throughout the novel series to flesh out fuller adventures. This went on until there was nothing left to tell except the story as it played out in the books themselves. And that’s pretty much when everything just ground to a halt. With a few inventory stories printed and then collected in a trade paperback (still the only Dark Tower collection not to be given the hardcover treatment) the series was quickly wrapped up and forgotten about.

Or maybe not completely forgotten. Now, over a year later, with most of the Dark Tower fatigue having passed, we have a new installment in the Marvel produced Dark Tower series “The Drawing of the Three: The Prisoner. Co-plotter Robin Furth and scripter Peter David have both returned, not to the land of Mid-World this time, but to Co-Op City, Brooklyn, New York . . . in the land of 19. For me personally, the most refreshing thing about this series is the complete departure from Roland’s world into one (at least marginally) familiar to most and VERY familiar to Tower Junkies like myself.

While artists like Jae Lee and Richard Isanove used unique styles to visualize Mid-World, later artists lacked the skill to emulate that style and so later arcs of the series were the worse for it. The artwork rendered by Piotr Kowalski and colourist, Nick Filardi however, along with a series of stunning covers painted by Julian Totino Tedesco, is a style far more accessible to classic comic book readers, peppered with Easter Eggs all over the landscape of young Eddie Dean’s Brooklyn, sharp-eyed Dark Tower readers will surely spot and enjoy, while also telling Furth/David’s story in fluid, clear sequential art.

Whether you’re a long time Dark Tower reader such as myself, a new one looking to gain an accessible foothold into this enormous universe of a story or just a casual comic reader in general, “The Dark Tower – The Drawing of the Three: The Prisoner” might be one hell of a long title for a series, but fortunately, it’s also one hell of a good read.

“The Dark Tower – The Drawing of the Three: The Prisoner” issues #1-5 are currently on sale now, with a collected edition sure to follow shortly after. 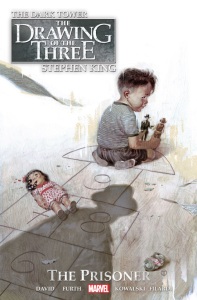 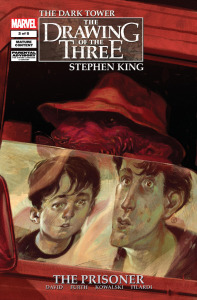 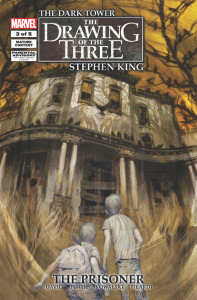 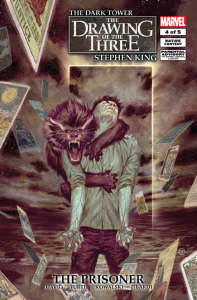 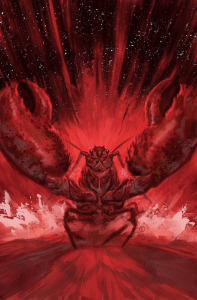 One Response to Comic Book Series review: “The Dark Tower – The Drawing of the Three: The Prisoner”