JStew reviewed the first episode of Gotham, the new TV series on Fox.

Going into the season premiere of Gotham, I had my reservations. A Batman show that didn’t feature Batman. How could this possibly work? It seemed like we were getting another Smallville. Don’t get me wrong, I loved Smallville, but I didn’t see how this approach would translate to the world of The Dark Knight. Let’s be honest, prequels don’t exactly have a great track record. Phantom Menace, I’m looking at you.

I’ll give anything comic book related a fair shot. Hell, I even sat down to watch Jonah Hex. Don’t get me started on that one. With low expectations, I watched the premiere with my wife and was immediately blown away.  The story takes place in the past. Gotham City is a dirty crime filled place full of corrupt politicians and dirty police men. Much like the Bat films, it’s not clear in what year the story takes place.

Spoilers ahead, so now is your last chance to look away.

Our story begins with a familiar scene from the history of The Caped Crusader–the murder of Thomas and Martha Wayne. We are introduced to a very young Bruce Wayne as portrayed by David Mazouz. Not to long after that we meet a new beat cop, James Gordon, and his crooked partner Harvey Bulloch. They’ve been assigned to the Wayne murder case. Gordon makes a vow to young Bruce that he will find his parents killers. This may be a running theme for season one of the series, which will be 16 episodes.

While investigating the crime  we are treated to glimpses of future members of the Dark Knight detective’s rogues gallery. We  meet the future Riddler, Edward Nygma, who actually helps the Gotham  police department.  Other villains include a young Selina Kyle, who has witnessed the Wayne murders, and the scene stealing Oswald Cobblepot, aka the Penguin. Robin Lord Taylor is a believable and crazy Penguin. I would love to see him play Cobblepot in an actual Batman film; he’s that good. He eats sardines, has an umbrella and is looking to rise to power. It’s very much like his comic book character and that made me  very happy.

Gotham turns out to be a great police drama reminiscent of shows like Wiseguy and The Killing. As a comic fan, I was happy that it reminded me of the great GCPD series that was written by Ed Brubaker. Some  familiar characters from that comic show here as well–Montoya and Allen. To geeks like me, they’re better known as The Question and The Spectre. Little eater eggs like that warmed my geek heart.

The acting in Gotham is top notch. Ben McKenzie plays Jim Gordon, the idealistic young officer who wants to clean up the city. McKenzie has some huge shoes to fill following Gary Oldman’s portrayal of Gordon. He does a fantastic job. I’m looking forward to seeing where he takes the character in future episodes

Sean Pertwee portrays Alfred Pennyworth. He plays him as a tough no-nonsense type of guy, much like how he was written in Geoff Johns excellent Earth One graphic novel. As a fan of that book, it was amazing to see on the small screen. The crown jewel of the cast is Donal Logue as Harvey Bulloch the cop on the take. This is actually the first live action appearance of Bulloch. Logue is fantastic in just about everything he has appeared in before and doesn’t disappoint here. The interaction between Logue and McKenzie is priceless–like two opposite sides of the coin. I can’t wait to see how they play off each other in upcoming episodes.

Overall, I was impressed with the pilot of Gotham. All the actors contributed in their own way and the script was amazing. I loved all the cameos from the different corners of the Batman universe and was a fan of all the Easter Eggs from the comics. I’m looking forward to seeing more. I would highly recommend Gotham to not only fans of comic books, but to people who love good tv in general. 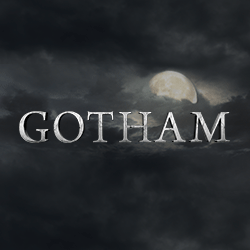